What is a Low Float Stock?: An Ultimate Guide

xBrat
0 Views
SaveSavedRemoved 0
Over the past few years, stocks have dominated the interest of the public.

Nowadays, whoever you ask, they’ve got an ample amount of knowledge when it comes to the trading market.

And you wouldn’t want to be left out, would you?

Now, if you’re ready to learn something about the stock market, we’re glad to let you know that you’re in the right place.

Today we’ll be discussing Low Float Stocks. And while now you may be asking, “what is a low float stock?” we guarantee you that after this article, you’ll know more than just that.

Brace yourself up to get started.

What is a Low Float Stock?

Before we discuss what is a low float stock, let’s have a refresher on “stocks.”

Stocks are the entirety of portions into which a corporation or company’s ownership divides. Meaning to say that a single stock is a fraction of the said ownership.

Now, when it comes to what is a low float stock, these are a small percentage of shares that are widely available for public trading.

Low float shares occur as a result of an excessive amount of restricted shares. Factors like these result in low float stocks meaning there’s an extremely low supply of shares.

What is a Low Float Stock?

Now, to go deeper into the topic and avoid confusion, let’s clarify what we discussed above.

Just because stocks that are low float have a smaller number of available shares in the market does not mean that the company is short on shares.

This is a common misconception since most companies with low float stocks actually have a huge amount of shares.

Low float stocks are simply an indication that most of the shares are closely held by major investors. Investors closely hold shares for more defense and fewer obligations. This leaves a very little amount of shares for the public.

Just as we have repeatedly been mentioning earlier, low-float shares are relatively few. And from here, you’ll understand why it is so important to know that.

Let’s discuss the low float stocks list of attributes. First off, they have a lower trading volume and less market liquidity. Their price spreads are wider and known to be volatile.

Yet, trades of stocks like these tend to have a larger impact on the overall value than a high-float stock would.

Now, what is it about low-float stocks that would make them better off traded?

Well, the main idea is that they are volatile; their values hike and plummet quickly. And that’s something that long-term investors wouldn’t like.

So if you’re an investor who is very intricate when it comes to the market, you should trade your low-float shares and settle for a more stable kind of stock.

Now, let’s talk about the other side of the coin.

Low float shares are popular and in demand in the market for a reason, of course.

Ideally, people purchase shares that are low float when they are not looking for a committing investment and nothing long-term. And that is because stocks like these have the potential to hike in value within a short amount of time.

It’s really all about short-term trading. People who need to earn a huge profit in a short amount of time take a risk and purchase low float stocks. With this risk, they can either end up with excessively low or excessively high-value stock.

Owning a low float share is really all about gambling. If you’re lucky enough that its value hikes after you purchase it, the decision to trade it or hope for it to double in value lies in your hands.

How to Trade a Low Float Stock

As you wonder how to trade it, someone else asks how to find low float stocks. And that’s exactly why you should know how.

Low float shares usually go through the whole buy-and-sell cycle multiple times a day. This only means that you may be traded low float stocks with high short interest for yours.

Plus, finding out whether a stock is low float or not can be pretty tedious. So, it is important to let it be known to the public that the share you hold is low float. And that is to spare them from the long haul.

What are Shares Outstanding?

Shares outstanding is the professional term for shares of a company or corporation that are already owned. These are authorized, issued, purchased, and held shares.

If you remember, earlier in this article, we discussed that a low-float stock exists when the majority of the shares are held tightly by the investors. Those closely held shares we were talking about are what people call shares outstanding.

They are very similar to treasury shares, the only difference is who owns the shares. And the answer to that is that shares outstanding belong to investors while treasury shares belong to the company or corporation itself.

In order to find the number of shares outstanding a company/corporation has, you’ll have to pay attention to their publicly traded companies’ investor relations, authorized information service, and local stock exchanges.

Stock floats and shares outstanding are the two ways of measuring how many shares a stock has. It is crucial to know the distinguishing factors between the two to avoid any trading mistakes.

Earlier, when we discussed just what is a low float stock, we mentioned that they are pretty tedious to measure. Identifying how many shares are in a stock that is low float requires you to take the total shares outstanding and subtract it from the closely held shares.

On the other hand, measuring shares outstanding requires you to count the total number of issued shares.

So, to sum it all up, what is a low float stock shares are the ones available on the public trading market for purchase, while shares outstanding are the ones that are already held by an investor.

In instances where you need to distinguish these two, remember to always check their ownership and process of measuring. 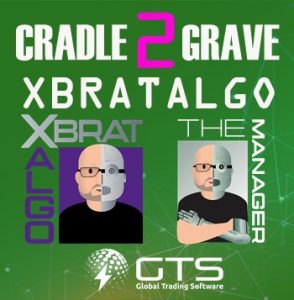 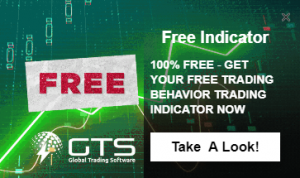